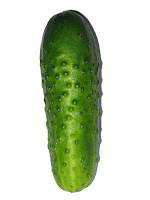 There have been a multitude of articles and advertising in the media stating that women prefer to experience a wider penis over a longer penis. And this is truly the case. When surveyed, 90% of women stated that width was more important to their sexual satisfaction than was length. It seems that in publishing their research, Masters and Johnson did not consider certain factors when they said that penis size has no real physiological effect on a woman’s sexual pleasure and satisfaction. In order to understand a little more what they may have been missing, it’s important to think about the anatomy.

First, let’s talk about the clitoris. Most people are familiar with the little pink pearl that sits at the top of the labia. It is extremely sensitive and is covered by a little hood of skin that is actually where the top of the labia come together. But there is much more to the clitoris than just what you can see and feel. The entire clitoris is shaped like a capital A (without the bar in the middle). It’s legs (crurae) extend down and under the pubic bone, and it also has extensions that follow along each side of the vaginal opening, called the vestibular bulbs. The entire clitoris is made up of spongy tissue that fills with blood when a woman gets aroused.

When a man has a wider penis, there is more pressure put on the vestibular bulbs which gives a pleasurable feeling of fullness at the vaginal opening. Some researchers have commented that this feeling of fullness is both physically and psychologically pleasing. Also, with a wider penis, there is more tension on the labia, which in turn causes more tugging and movement at the hood covering the clitoris. This adds stimulation to the clitoris in addition to the surrounding tissues. The entire vulva, including the labia, clitoris, and the lower 1/3 of the vagina is innervated by the Pudendal nerve. The more surface area you have contact with at any one time, the more you have exciting signals travelling up through that nerve. There may be some element to the stretch of the PC muscle at the vaginal opening that adds to the pleasure – also transmitted via the Pudendal nerve. Remember, this nerve covers the whole area including below the vaginal opening and the anus. This also benefits from a little tension from a wider penis going through the lips and vaginal opening.

Now, an average erect penis is about 10cm in circumference (that’s about 4 inches around for those of us not on the metric system). So all of you who are wondering how you measure up, we’ll wait while you take out the tape measure…..Ok. Now there are different techniques to give a woman the feeling of a wider penis. One such technique is to have a slight circular motion as you thrust. In this way, the shaft of the penis pushes more against the sides of the vaginal opening, giving the woman that extra pressure and tension. This can also be done by choosing an angle of entry that allows you to put more pressure on the fourchette below the vaginal opening where the labia end in a little “v.” This works to also tug the labia a little more and stretch the PC muscle. And still others are much more imaginative, finding ways to work in extra fingers or using penile sleeves. So that’s the skinny on width. No comment on bumpy penises.

About the Author: Madeleine Castellanos

GET THE FIRST CHAPTER FOR FREE!

Learn how to keep your sexual desire burning strong and maximize your sexual pleasure.
Subscribe
close
Go to Top